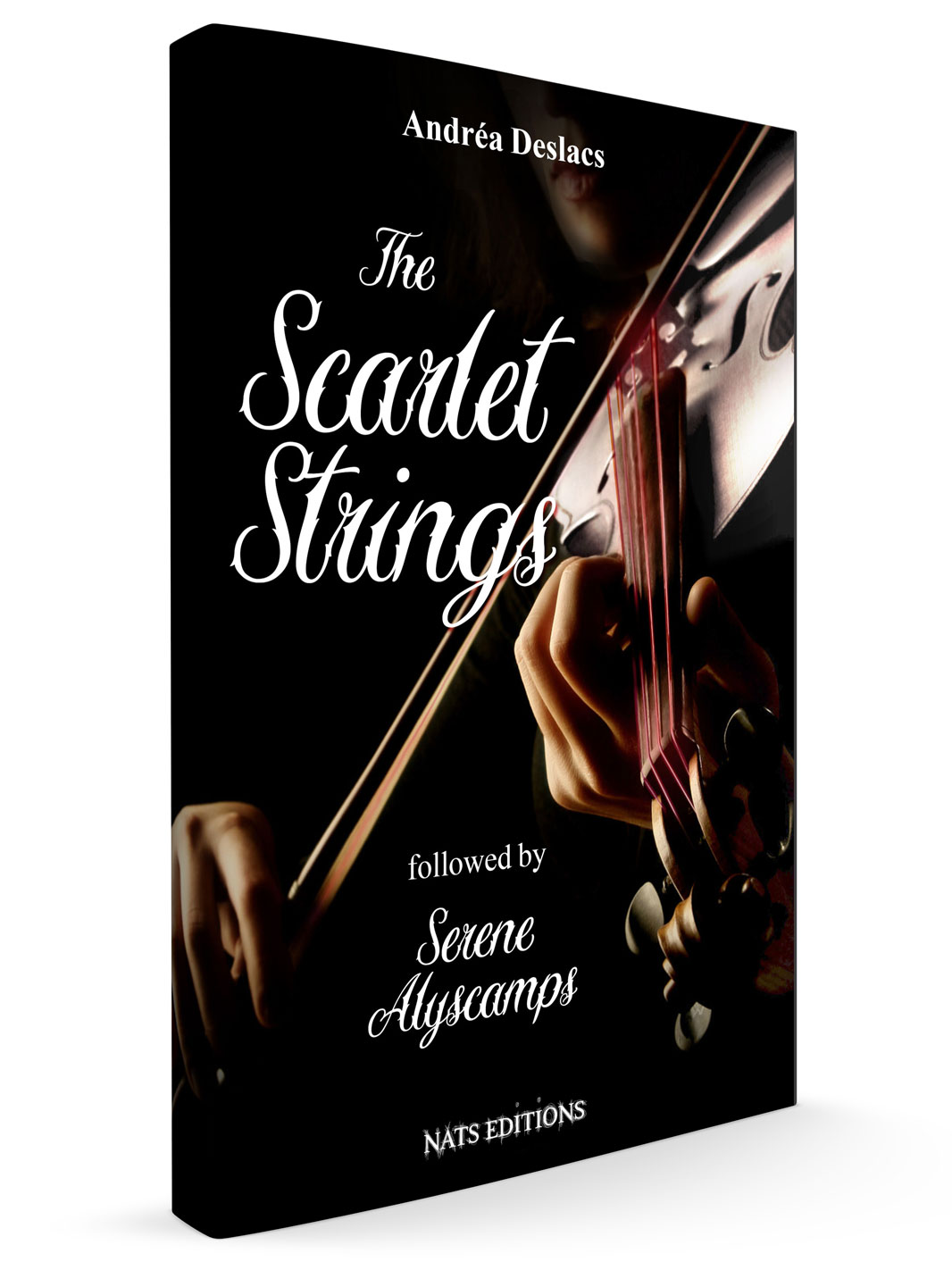 Hello Andréa, you’re new in the Nats Editions’ Team. Please introduce yourself to our readers.

A.D:  I am the writer of a cycle of novels in Victorian fantasy. I also write short stories in science fiction or fantastic. I received a literary prize in France, in 2017, for one of my texts. During day-time, I am a GP, and, at night, I am the chief editor of a French magazine of science fiction, called Etherval. I live in Southern France, in Provence. However, I keep nostalgic, strong memories of my holidays, every year in Great Britain. I liked to roam along the shelves in Waterstone book shops to discover English and American SF writer. And now, I hope to help English readers to discover the French writes’ imagination.

What’s The Scarlet Strings about?

A.D:  A young artist receives a special white violin. He fascinates his audience during a performance. However, playing with talent and being applauded are not enough for him. The violinist as well as his lute master want to control a special Hymn, but the musical score was left unfinished. How would they find the final note?

It’s a story about a passion for music, an obsession, the limits to overpass or not, the relationship between a master and his student. In some way, it is a story about devastation due to ultimate desire.

It is a fantasy novel but details are impressive. Have you made research or is it all from your imagination?

A.D:  When I was a young girl, my grandmother taught me to play the piano, but I had always a strong desire to practice violin. I registered for music classes, but I was in adequacy with my professor. I want to play alone sad tunes, poignant music… she insisted to teach me joyful and rhythmic dances, admits a string quartet. I left before the end of my first year of lessons, but I kept a certain love for this instrument. I had some knowledge about violin technique, music rudiments, and I knew what this instrument could technically offer. Then I head the Hymn in my mind, I had to find exact words of lute makers and the making of a violin. Usually, some would say that writes search on the web how to kill humankind. On this occasion, the information I collected were just normal; strangeness of that story is my own imagination.

It is followed by another novel: Serene Alyscamps. Some people don’t know what’s an alyscamps… Can you explain us?

A.D:  Alyscamps comes from a Latin phrase. It means « Champs Elysées », as in Paris. It was the path to the hell, followed by dead in antiquity. The Alyscamps is the name of a roman mausoleum, in the city of Arles. It is a graveyard used for centuries. We would see sarcophagus tombs from old tombs as well as graves from the end of middle ages. The Alyscamps were re-organised in a ‘romantic’ fashion, in the 19th Century, when people started getting in interest on past heritage. Van Gogh made several paintings of the place. A cloister stands in the centre of the necropolis, it is still in use, it is a stop on the way to St James of Compostela. It is a quiet place, in the heart of the modern city of Arles; it is a path lined with graves leading to our past history and our spirituality.

Are these novels connected to your Heaven Forest universe?

A.D:  Those novels are independent of my Heaven Forest universe. They were imagined a long time before.

You could find my taste for elaborate characters and for poetic lyricism. You could read theses texts though you have never read from my other cycle.

What are your projects?

A.D:  I go on my long line of Victorian novels such as Heaven Forest. After an anthology on Transhumanism in 2019, I plain to start another anthology of the subject of chimerism and clones in 2012. In the meantime, thanks to Nats Editions, I’ll propose to the public a selected collection of my texts, with a third novel situated in Provence.

Thanks a lot for your answers!